SAN FRANCISCO–(BUSINESS WIRE)–Zynga Inc. (Nasdaq: ZNGA), a global leader in interactive entertainment, today announced it has entered into an agreement to acquire Istanbul-based Rollic, a mobile games developer and publisher with an exciting portfolio of popular hyper-casual games that have been downloaded more than 250 million times. With this acquisition, Zynga enters the hyper-casual market – one of the largest and fastest growing gaming categories on mobile – and adds a highly talented team and an extensive network of external developers. Rollic will meaningfully increase our audience and grow our advertising business.

Founded in December 2018 by Burak Vardal, Deniz Basaran and Mehmet Can Yavuz, Rollic is a hyper-casual publisher and game developer based in Istanbul, Turkey. Eight of Rollic’s games have reached #1 or #2 top free downloaded games in the U.S. App Store, and their latest releases, Go Knots 3D and Tangle Master 3D, were the top two most downloaded games in the U.S. App Store in Q2 2020. Rollic’s titles currently have more than 5 million mobile daily active users (DAUs) and 65 million mobile monthly active users (MAUs).

“We are excited to expand into the hyper-casual category with the acquisition of Rollic, one of the fastest growing hyper-casual developers and publishers worldwide in 2020, led by an incredibly creative team,” said Frank Gibeau, Chief Executive Officer of Zynga. “With Rollic, we are meaningfully growing our audience, expanding and diversifying our global advertising business, and adding to our game pipeline and developer network. Zynga and Rollic are well-positioned to grow faster together.”

“The Rollic team is proud to be joining Zynga,” said Burak Vardal, founder and Chief Executive Officer of Rollic. “Our expertise in hyper-casual is a seamless fit for Zynga’s proficiency in product management, data science, ad monetization and world-class publishing. With Rollic’s robust slate of existing and new hyper-casual games joining Zynga’s portfolio, we look forward to advancing our collective mission to connect the world through games.”

Zynga will acquire 80% of Rollic for $168 million in cash. The final upfront transaction consideration will also include customary closing adjustments and is expected to close on October 1, 2020. Over the next three years, Zynga will acquire the remaining 20% in equal installments at valuations based on specific profitability goals.

Key art and broadcast assets available for use at the following link: https://bit.ly/ZyngaRollic

Zynga is a global leader in interactive entertainment with a mission to connect the world through games. To date, more than one billion people have played Zynga’s franchises including CSR RacingTM, Empires & PuzzlesTM, Merge Dragons!TM, Merge Magic!TM, Toon Blast™, Toy Blast™, Words With FriendsTM and Zynga PokerTM. Zynga’s games are available in more than 150 countries and are playable across social platforms and mobile devices worldwide. Founded in 2007, the company is headquartered in San Francisco with locations in the U.S., Canada, the U.K., Ireland, India, Turkey and Finland. For more information, visit www.zynga.com or follow Zynga on Twitter, Instagram, Facebook or the Zynga blog.

This press release contains forward-looking statements, including those statements relating to, among other things: our ability to achieve the intended benefits of acquiring Rollic Oyun Yazılım ve Pazarlama Anonim Şirketi (“Rollic”), including expanding our global audience and advertising business, growing our average mobile DAU and MAU and adding to our development pipeline and our overall growth; the purchase price for acquiring Rollic; the form and allocation of deal consideration; the timing in which the transaction close is expected; and our ability to achieve financial projections. Forward-looking statements often include words such as “outlook,” “projected,” “planned,” “intends,” “will,” “anticipate,” “believe,” “target,” “expect,” and statements in the future tense are generally forward-looking. The achievement or success of the matters covered by such forward-looking statements involves significant risks, uncertainties, and assumptions, and our actual results could differ materially from those predicted or implied. Undue reliance should not be placed on such forward-looking statements, which are based on information available to us on the date hereof. We assume no obligation to update such statements. Factors that could cause actual results to differ include satisfaction of transaction closing conditions and our ability to timely close the transaction, effectively integrate Rollic, and achieve the expected benefits of the transaction. More information about these risks, uncertainties, and assumptions and additional factors that could cause actual results to differ are or will be described in greater detail in our public filings with the Securities and Exchange Commission (the “SEC”), copies of which may be obtained by visiting our Investor Relations website at http://investor.zynga.com or the SEC’s web site at www.sec.gov.

We manage our business by tracking several operating metrics, including Mobile DAUs. “Mobile DAUs,” which measure daily active users of our mobile games, is recorded and estimated by our internal analytics systems. We determine Mobile DAUs and other operating metrics by using internal company data based on tracking of user account activity. We also use information provided by third parties, including third party network logins provided by platform providers, to help us track whether a player logged in under two or more different user accounts is the same individual.

Mobile MAUs. We define Mobile Monthly Active Users (MAUs) as the number of individuals who played one of our mobile games in the 30-day period ending with the measurement date. Under this metric, an individual who plays two different mobile games in the same 30-day period is counted as two Mobile MAUs. We use information provided by third parties to help us identify individuals who play the same mobile game to reduce this duplication. However, because we do not always have the third party network login data to link an individual who has played under multiple user accounts, a player may be counted as multiple Mobile MAUs. Average Mobile MAUs for a particular period is the average of the Mobile MAUs at each month-end during that period. We use Mobile MAUs as a measure of total game audience size. 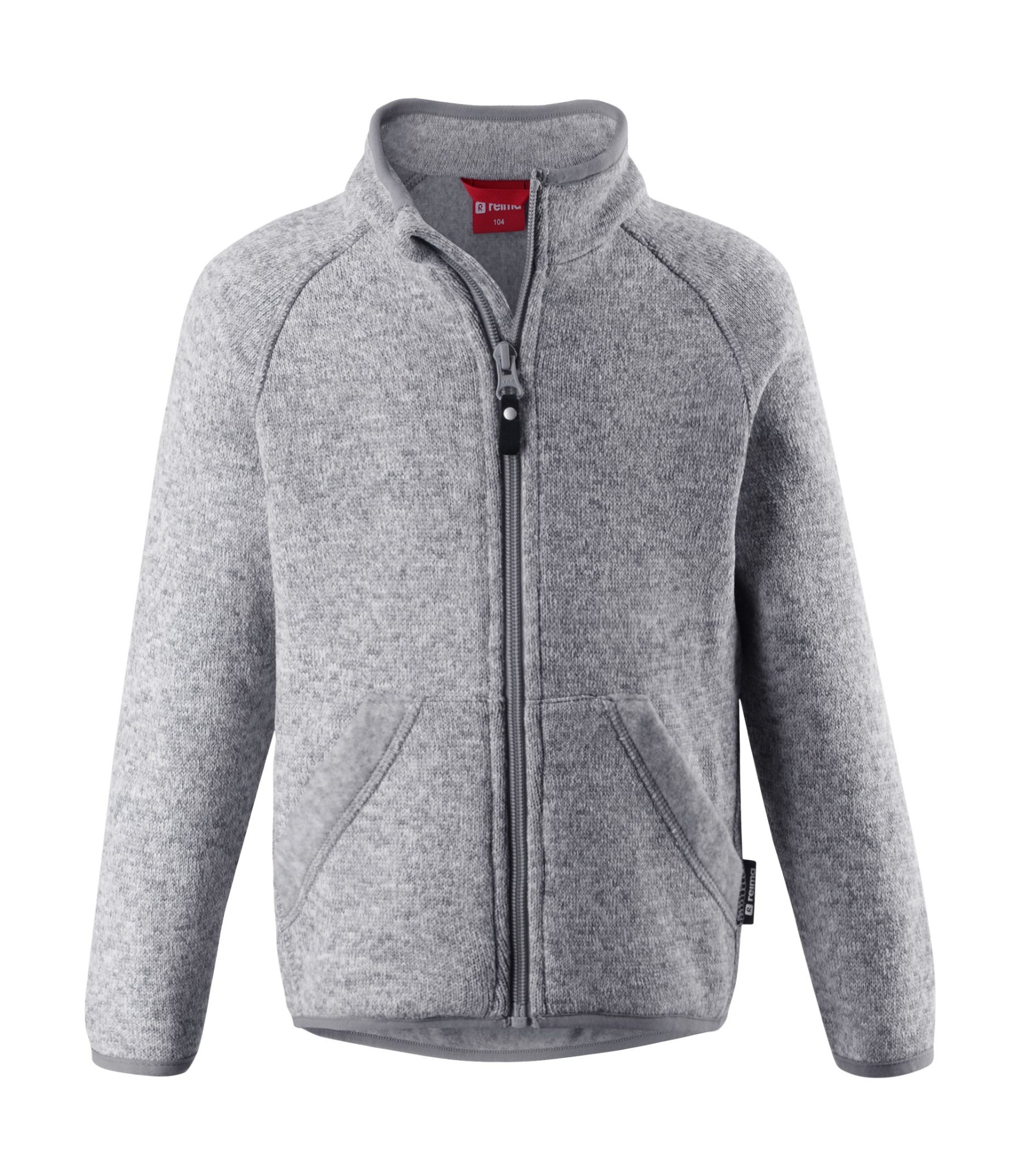 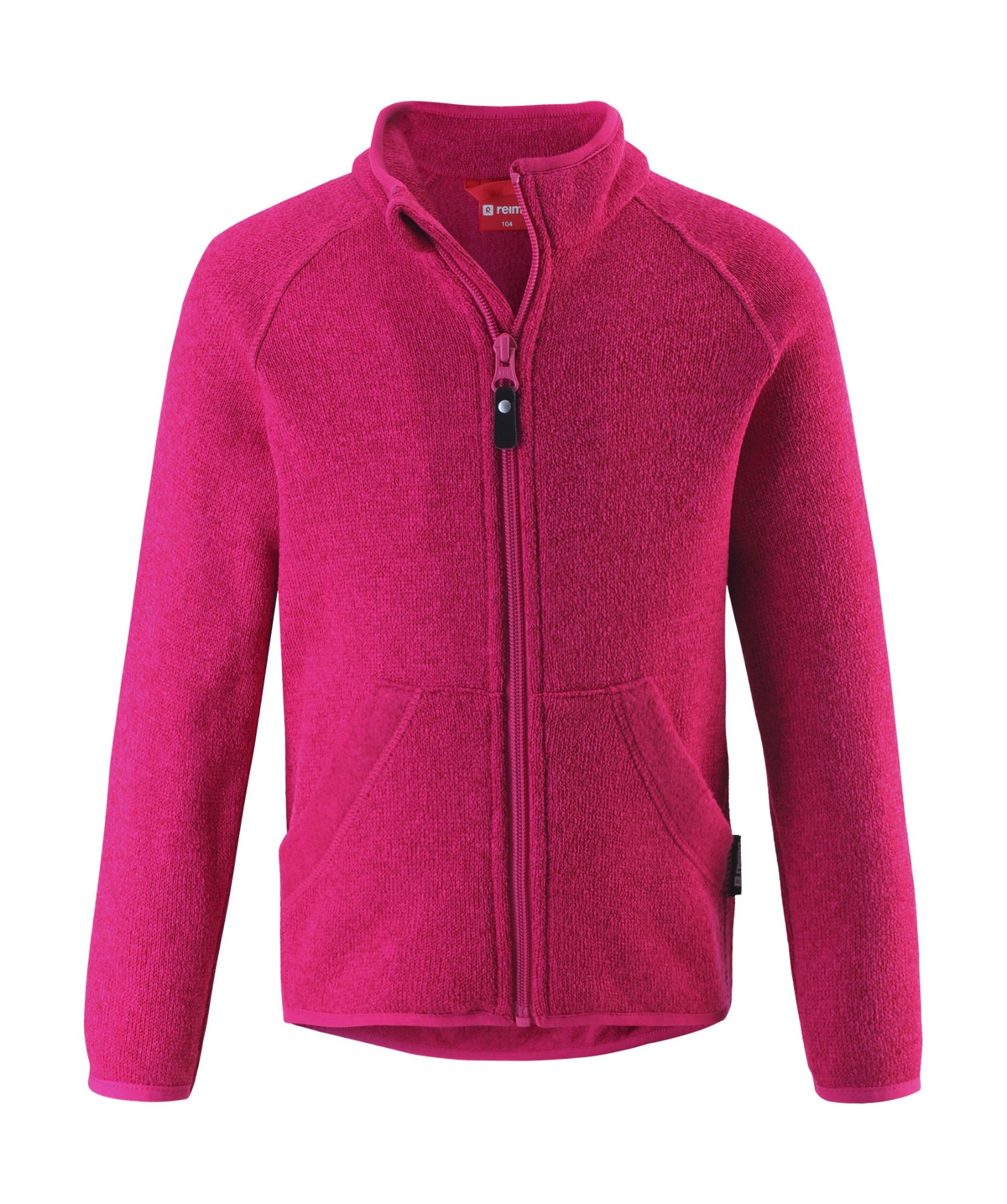 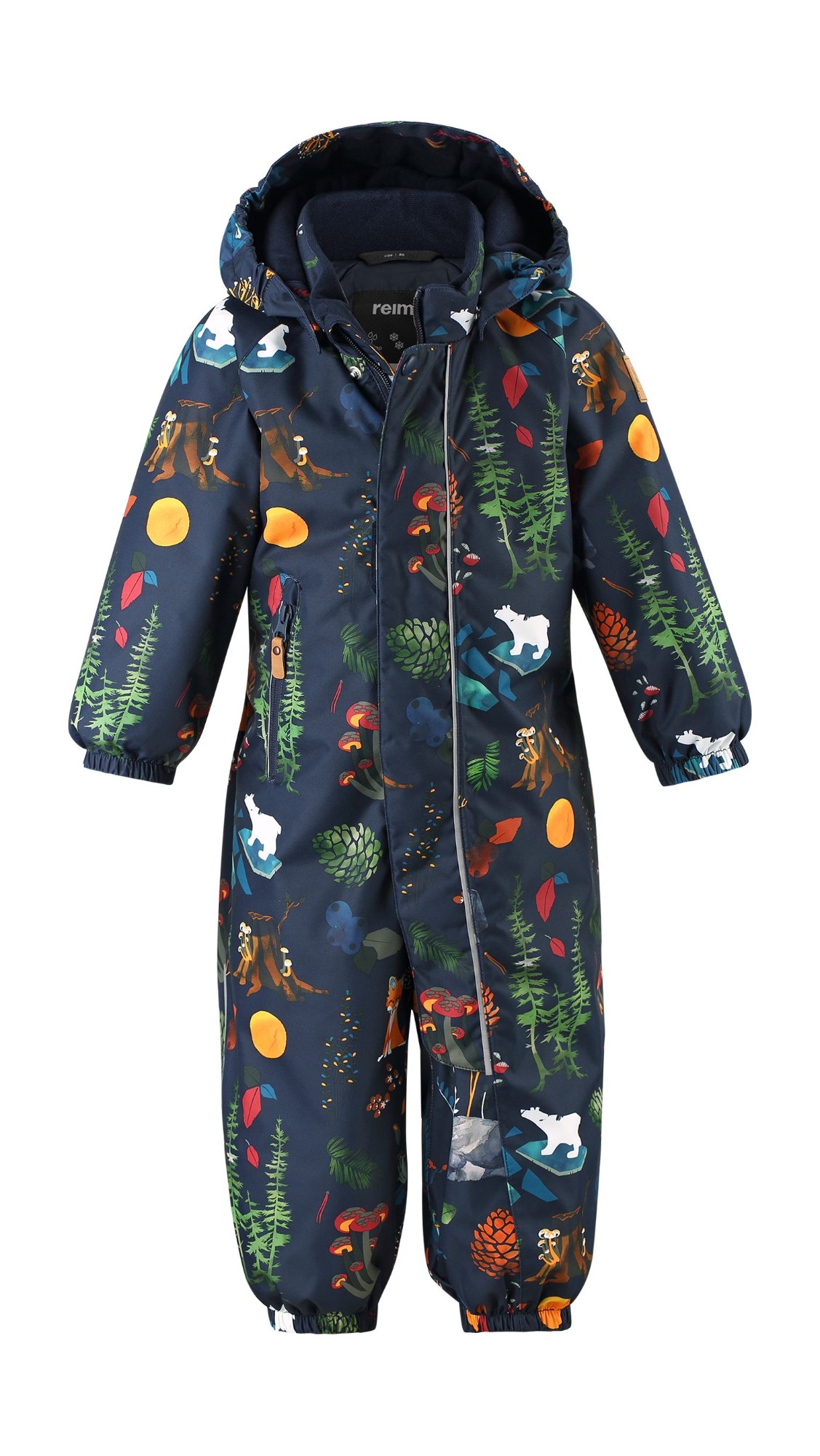 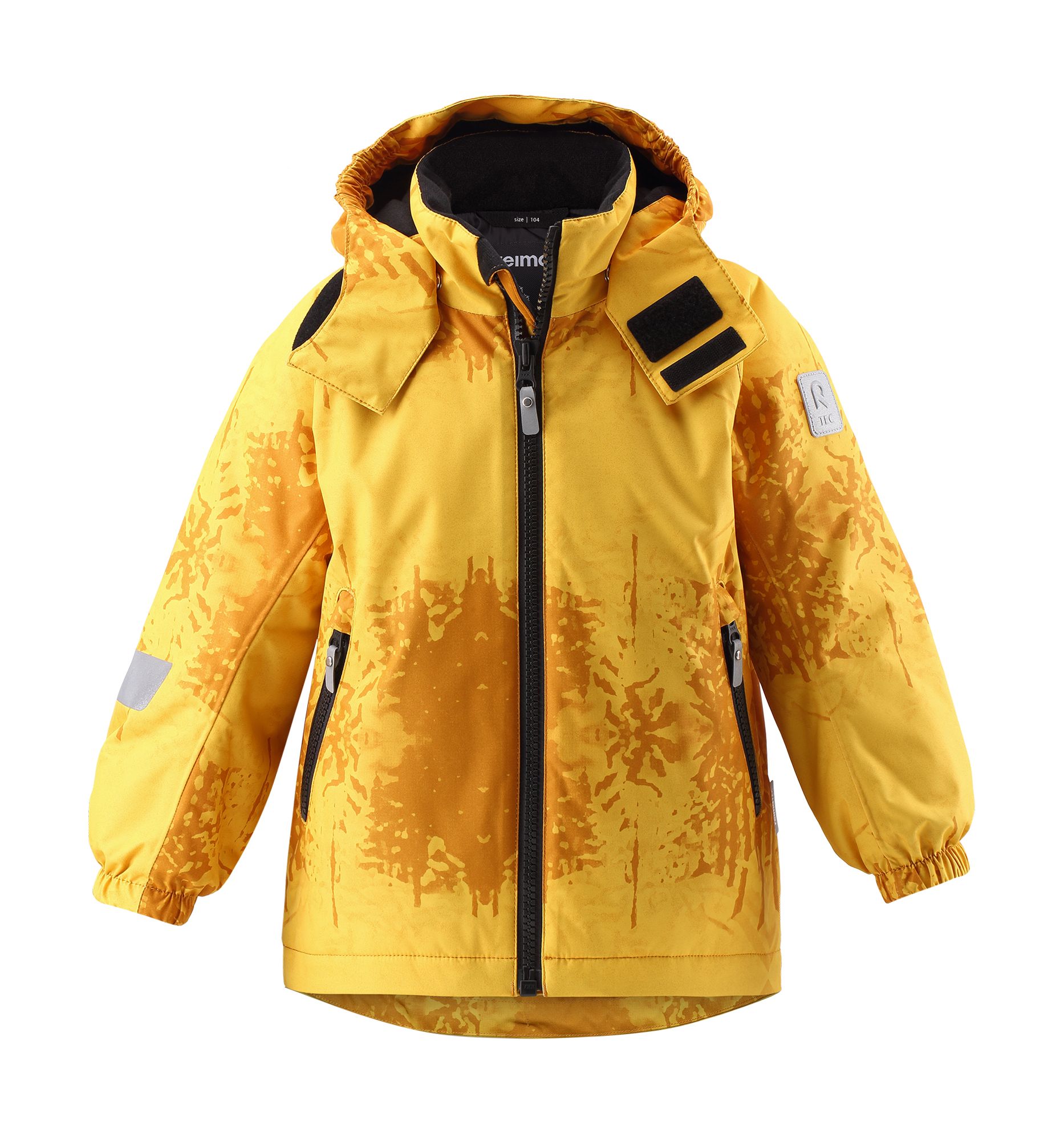